In 2021, there were 1237 homes that found new homeowners, 982 of those were single-family homes which is about 80 percent, so for this post, I'm just going to focus on single-family homes. If you want information about condos, town homes or duets, just let me know. Now these are MY favorite neighborhoods in Danville, California, but Danville - because of the weather, because of the safety and because of the fact that we have great schools, there are a lot of different neighborhoods that cater to very different lifestyles. So for instance, if you like to golf, we have several neighborhoods that actually are on a golf course, we have large swimming pools in some of the neighborhoods or very close proximity to soccer fields or hiking, so keep in mind this is just my personal opinion. I'd love to know what you're looking for and what's important to you in lifestyle and a home.

I decided to go East to West, because I really don't want there to be any hard feelings......
So, starting out East, we start with my number one neighborhood pick - Shadow Creek. Shadow Creek was built in the early 90s by Dame Construction and it was actually built in two different phases. Shadow Creek is located off of the main road called Camino Tassajara. It's very close to Blackhawk Country Club and very close to Mustang Soccer fields. Shadow Creek amenities include two swimming pools and two cabanas with kitchens that are available for the homeowners to rent out for private gatherings. There are also playgrounds, two paved walking paths as well as about a half acre of open green space for dogs, kids or anyone to run around. That's quite a lot of amenities for only $95 a month. As of recording this video, Q1 of 2022, the HOA fees for Shadow Creek phase one are $95 a month, phase two comes in at about a $185 a month. Either way, you get a whole lot of amenities for not a whole lot of money. So what kind of homes can you find in Shadow Creek. Shadow Creek is made up of mostly one story and two-story homes with a few tri-levels. They range anywhere from 2500 to 3500 square feet and three to five bedrooms and two to three bathrooms. Shadow Creek homes all have three car garages, the yards are roughly seven thousand to twelve thousand square feet and even a couple hit a third of an acre. So, what's nearby to Shadow Creek? If you have school aged children, you'll be happy to know that there is an Elementary school that's anywhere from a quarter of a mile to one and a quarter miles away depending upon where you are in the community. If you have middle school aged children anywhere from 6th grade to 8th grade Diablo Vista Middle School is even closer it's just a little over a mile depending upon where you are in the community. Depending on the age of your kids, they just might be able to walk or ride their bikes to school. In just under three miles you'll reach Blackhawk Plaza and Blackhawk Shopping from Shadow Creek. There's anything from restaurants, small businesses, a hardware store, a grocery store even a pharmacy. Just about anything you need is there. The nice thing about Shadow Creek is that you have easy access to back roads. If you take a left on Camino Tassajara, you have easy access on the back roads to get you to Dublin (but don't tell anybody, I don't want the roads to clog). The only cons about Shadow Creek are the distance to the highway which is about eight miles, as well as the distance to the Monte Vista High School, which is just over eight miles and is a one lane highway. Shadow Creek walk score is a meager three out of a hundred the bike score though is 22 out of 100. This is probably because we have great access, very close proximity to Mount Diablo. Let's talk numbers. The numbers that i have are all of 2021, so the average sale price in Shadow Creek in 2021 was just between 1.7 and 1.8 million and the average price per square foot was 560 dollars per square foot, which is a steal when you compare it to the sister property at Bettencourt Ranch, where it's 624 dollars a square foot. What i love about Shadow Creek, is the extra large size homes with additional square footage, as well as the competitive pricing.

My number two neighborhood in Danville is Magee Ranch. Magee Ranch is made up of custom and semi-custom homes that were built between 1992 and 1998 by Broadmoor Construction. Magee Ranch is located a few miles west of Shadow Creek where we just were. It's also located just outside the gates of Blackhawk Country Club. It's slightly closer to the highway at about six miles and slightly further from the grocery that i mentioned in blackhawk. In terms of amenities, in Magee Ranch, we've got views! You've got views of the valley and views of Mount Diablo. Other than that the amenities really only are the green belt which limits the monthly HOA to about $300 per quarter. What kind of homes are we going to find in Magee Ranch? Well, the semi-custom homes are anywhere from 2700 to 4000 square feet and they're traditional and craftman style homes. The custom homes however are anywhere from 3800 to 6000 square feet. All of these homes have three car garages and four to five bedrooms and three to four bathrooms. The yards in Magee Ranch are nothing to laugh at. They're anywhere from a quarter acre to a half acre of mostly flat land. Along with gracious lot sizes, Magee Ranch offers dramatic volume ceilings and many have swimming pools built into those amazing yards. Magee Ranch feeds into Green Valley and Tassajara Hills Elementary School as well as Diablo Vista and Los Cerros Middle School. The high school is Monte Vista High School. Magee Ranch gets zero out of a hundred unfortunately on walk score. This community was built in beautiful beautiful hills. Because of the hills, it gets a poor walk score and bike score, for the exact same reason. Magee Ranch in 2021 saw an average sale price of $2.7 million and an average price per square foot of $669 dollars per square foot. I love the homes at Magee Ranch for their very large footprints they're very large flat backyards and amazing views of both valley and Mount Diablo.

As we come West, my number three pick for top neighborhood in Danville California is Greenbrook. Greenbrook was built in several phases between 1960s and 1970s (this is considered fairly old for Danville housing stock). Greenbrook's location is outstanding. It's very close to the highway first of all, so if you need to get to Walnut Creek, Dublin or San Francisco, you've got the highway right there. And then, in its backyard is the Iron Horse Trail. Greenbrook also has its very own Elementary school so for the most part most kids walk to school in Greenbrook. Charlotte Wood Middle School is roughly a mile to a mile and a half depending upon where you're located in Greenbrook, so that's pretty close as well. And did I mention Downtown Danville? You're only like two miles from Downtown Danville. The amenities in Greenbrook is a swimming pool, so this keeps their HOA relatively low at about eleven hundred dollars a year. So what kind of homes are we going to find in Greenbrook? Well, they're going to be one-story, two-story sometimes even three-story homes. And they're going to offer about 1600 to 3000 square feet the yards are beautiful. They're anywhere from eight thousand to twelve thousand square feet and always flat. three to five bedrooms, two to three bathrooms and two or three car garages, many of which have been converted to home offices or even workout rooms. One of the best things about Greenbrook is that it's very close to the Iron Horse Trail, so you can walk to Downtown Danville, you can visit the Danville Library, go to the Village Theater or grab a bite to eat at one of the many restaurants. Greenbrook is also very close to The Livery which is even closer than Downtown Danville. It's less than a half a mile from Greenbrook. It's also close to I-680, so you can get just about anywhere. Greenbrook has a walk score of 19 out of 100 and a bike score of 53 out of a hundred. The 2021 stats for Greenbrook - the average sale price for a home in Greenbrook in 2021 was $1.75 million and the average price per square foot is $740 dollars per square foot, you can see that the closer you get to the highway, the more the prices go up per square foot. My favorite thing about Greenbrook neighborhood, in addition to the beautiful homes and flat land, is the proximity to the Iron Horse trail. Once you get onto the Iron Horse trail, it's about 30 miles you can go anywhere from Pleasanton on up to Concord.

What's important to you in a neighborhood? Drop it in the comments down below. Not sure if Danville California is where you want to be? Check out my video over here on Where to Live in the East Bay we'll catch you on the next Video. 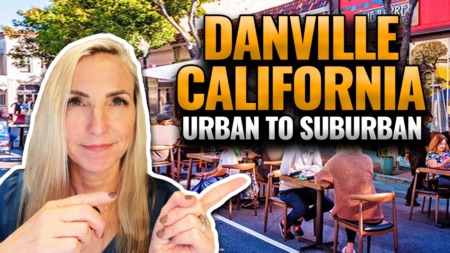 Urban to Suburban Living in Danville California Have you been considering a move to a more suburban location? Are you concerned about schools, about ...Read More 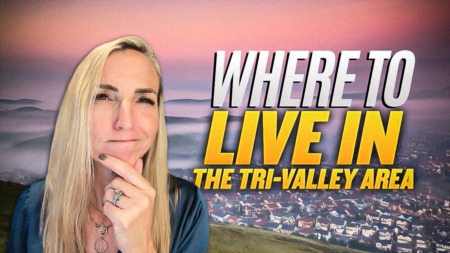 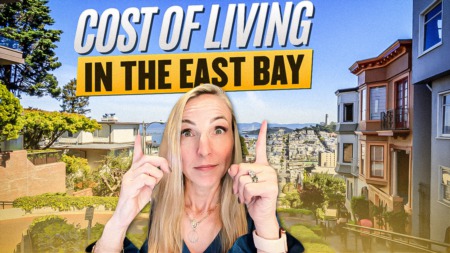 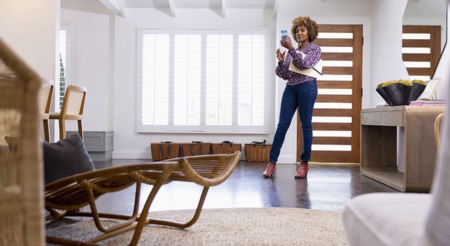 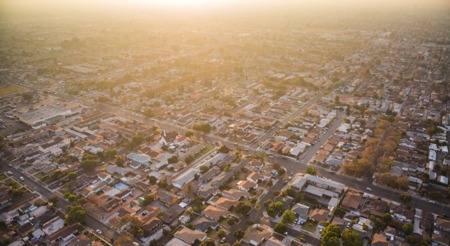